Let's Put An Addition On The House Vol. 1 Planning

From the Desk of:
Richard A Hetzel
Architect (NY) & Home Designer (PA)

All right, let’s do it! Problem is, what’s our next step? The answer depends on what you want to do. Additions can be as simple as adding a few feet to the side of the house, or as complicated as completely reorganizing all the spaces in the house.

If I may insert a shameless bit of self-promotion, it’s always best to retain an architect to help with the design, because he or she will know where to start and in what order to proceed, and will be staunchly on your side when it comes to construction. Also, when bids are based upon detailed architectural drawings, they tend to be better, because you can be certain they are all based on exactly the same scope of work.

An architect can also help to avoid undesirable outcomes frequently seen here in the Poconos, such as powder rooms entered from a dining room, or electric panels in a living room wall, or inadequate or poorly thought out laundry facilities.

First step is always to examine local zoning, and determine what zoning requirements will affect the project. This cannot be done without having a survey map of the property which shows exactly where the house is located. There is no point putting a line on paper until the zoning is checked.

When planning an addition, the problem is to find the problem. Sometimes a client will know exactly what they want and where they want it, and those are often the simple ones to do. Other clients will say “we want to add on, but we don’t know whether to add to the side, add to the back, or add a second story”, and of course, that’s a little more complicated.

For the simple ones, the planning usually consists of a preliminary drawing, a conference where details are ironed out and comments taken, and then final drawings. This works, for example, for a simple ranch house where a new master suite is desired, and all that need be done is add on to the side, keeping all details the same as the existing house.

An example of a successful addition and alteration, and a stunning style change: 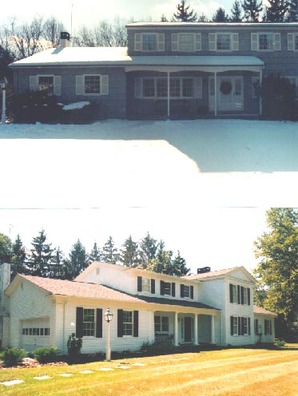 The more complex additions involve an extra step in planning, called Schematic Design, where very sketchy floor plans examining each of the feasible options are prepared and presented. Each plan will typically have advantages and disadvantages, and often the client will say “I like Plan B best, but I don’t like this part of it, and I do like this feature from Plan C, but I don’t like Plan A at all” The designer’s job is now to incorporate the client’s wishes into a more detailed plan, have another conference to get comments about that, and then proceed to final drawings.

Sometimes a complete reorganization of spaces is called for. Suppose a client wishes to enlarge and modernize their kitchen and add a master suite, but can only add to one side of the house because of zoning or other restrictions. If we were to simply stick those rooms on to the house, we might end up with a house in which the “three zones” are indistinct and scattered.

The “three zones” in a house are public, semi-public, and private. The public zone doesn’t go much beyond the living room and dining room; it includes the spaces into which an insurance salesman, for example, might be invited. The semi-public zone includes spaces such as the kitchen and family room, into which acquaintances and friends might be invited. The private zone includes the bedrooms, where only the closest of friends and relatives would be welcome. The clearer and more distinct these zones are, the better the house will work.

Now back to our example. If we add a kitchen and master bedroom to one side of the house, when all the other bedrooms are on the other side, our private zone becomes scattered and mixed in with public and semi-public zones. But what if we make the former living room the master bedroom, and build a new living room instead? Now the zones are compact and clear, and the house will work well. That is an example of reorganizing the spaces when adding to the house.

Step Five: Put It All Together

Planning an addition requires some creativity, but it isn’t rocket science. If you (and your architect, of course) follow these steps, you won’t go very far wrong:

Posted at 05:00 AM in Home Improvement & Maintenance Ideas | Permalink | Comments (0) 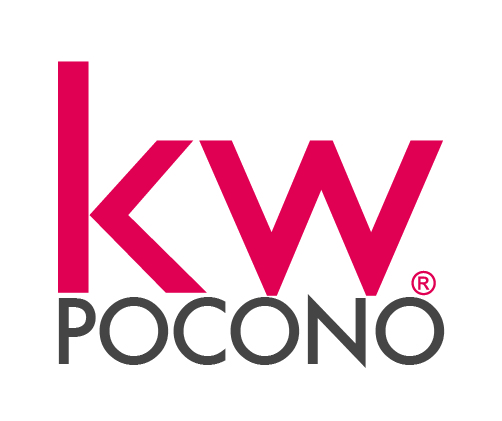